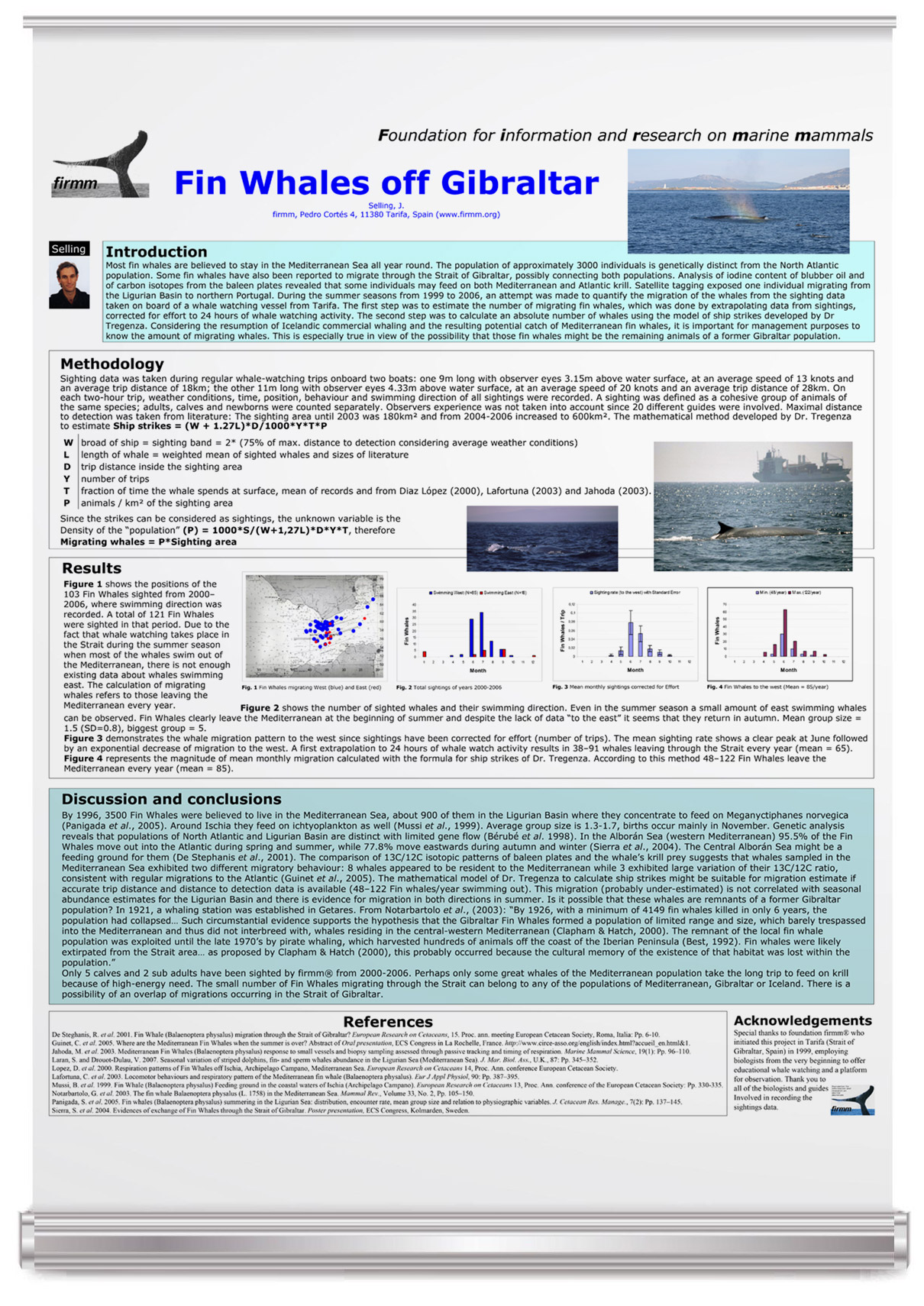 Most fin whales are believed to stay in the Mediterranean Sea all year round. The population of approximately 3000 individuals is genetically distinct from the North Atlantic population. Some fin whales have also been reported to migrate through the Strait of Gibraltar, possibly connecting both populations. Analysis of iodine content of blubber oil and of carbon isotopes from the baleen plates revealed that some individuals may feed on both Mediterranean and Atlantic krill. Satellite tagging exposed one individual migrating from the Ligurian Basin to northern Portugal. During the summer seasons from 1999 to 2006, an attempt was made to quantify the migration of the whales from the sighting data taken on board of a whale watching vessel from Tarifa. The first step was to estimate the number of migrating fin whales, which was done by extrapolating data from sightings, corrected for effort to 24 hours of whale watching activity. The second step was to calculate an absolute number of whales using the model of ship strikes developed by Dr Tregenza. Considering the resumption of Icelandic commercial whaling and the resulting potential catch of Mediterranean fin whales, it is important for management purposes to know the amount of migrating whales. This is especially true in view of the possibility that those fin whales might be the remaining animals of a former Gibraltar population.

← Evolution of a unique and ambiguous relationship between Orcas, Pilot Whales and Tuna-fishermen in the Strait of Gibraltar
firmm Forschungsberichte 2001 bis 2021 →