Evolution of a unique and ambiguous relationship between Orcas, Pilot Whales and Tuna-fishermen in the Strait of Gibraltar 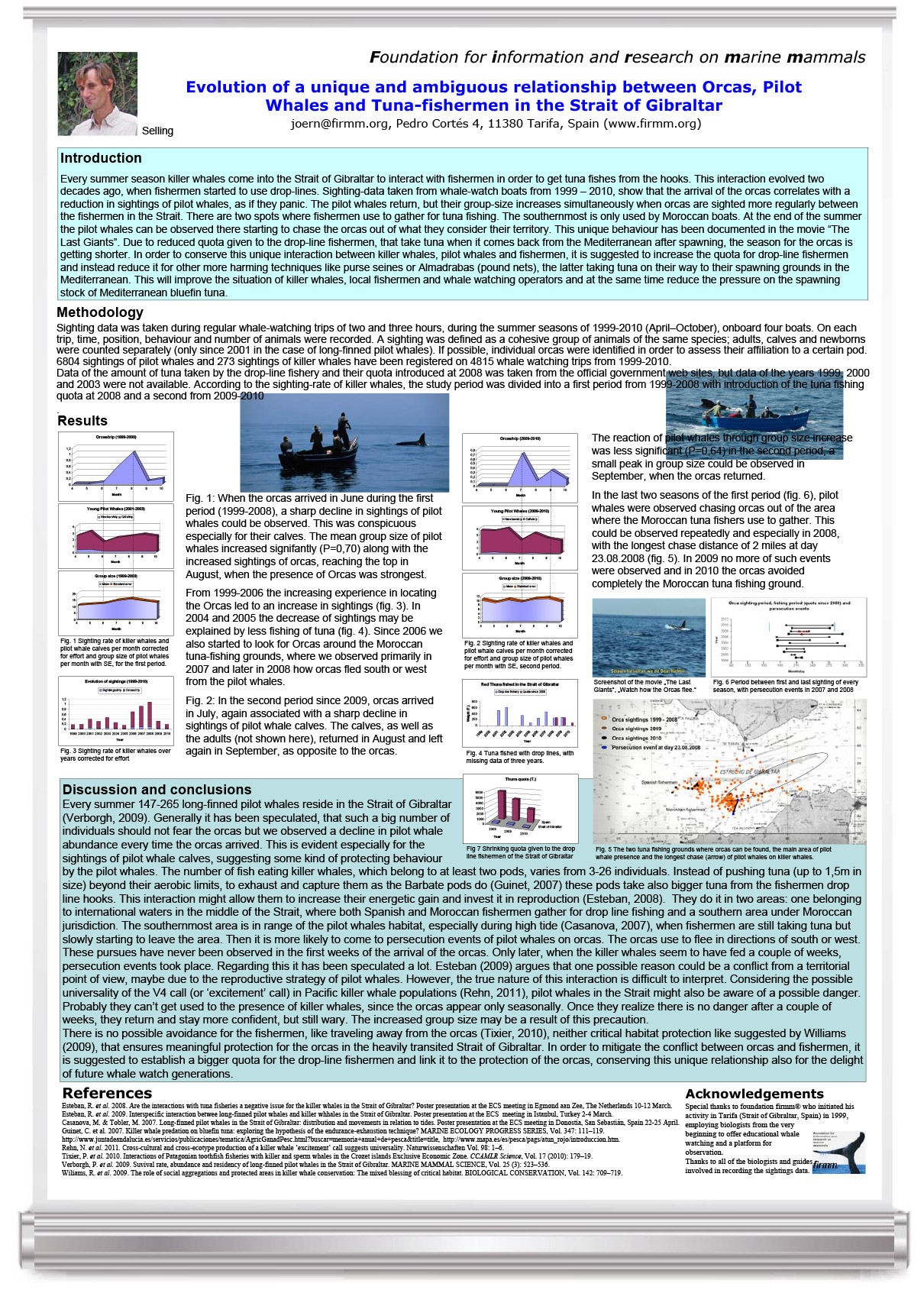 Every summer season killer whales come into the Strait of Gibraltar to interact with fishermen in order to get tuna fishes from the hooks. This interaction evolved two decades ago, when fishermen started to use drop-lines. Sighting-data taken from whale-watch boats from 1999 – 2010, show that the arrival of the orcas correlates with a reduction in sightings of pilot whales, as if they panic. The pilot whales return, but their group-size increases simultaneously when orcas are sighted more regularly between the fishermen in the Strait. There are two spots where fishermen use to gather for tuna fishing. The southernmost is only used by Moroccan boats. At the end of the summer the pilot whales can be observed there starting to chase the orcas out of what they consider their territory. This unique behaviour has been documented in the movie “The Last Giants”. Due to reduced quota given to the drop-line fishermen, that take tuna when it comes back from the Mediterranean after spawning, the season for the orcas is getting shorter. In order to conserve this unique interaction between killer whales, pilot whales and fishermen, it is suggested to increase the quota for drop-line fishermen and instead reduce it for other more harming techniques like purse seines or Almadrabas (pound nets), the latter taking tuna on their way to their spawning grounds in the Mediterranean. This will improve the situation of killer whales, local fishermen and whale watching operators and at the same time reduce the pressure on the spawning stock of Mediterranean bluefin tuna.

← Long-finned pilot whales in the Strait of Gibraltar: distribution and movements in relation to the tides
Fin Whales off Gibraltar →