Long-finned pilot whales in the Strait of Gibraltar: distribution and movements in relation to the tides 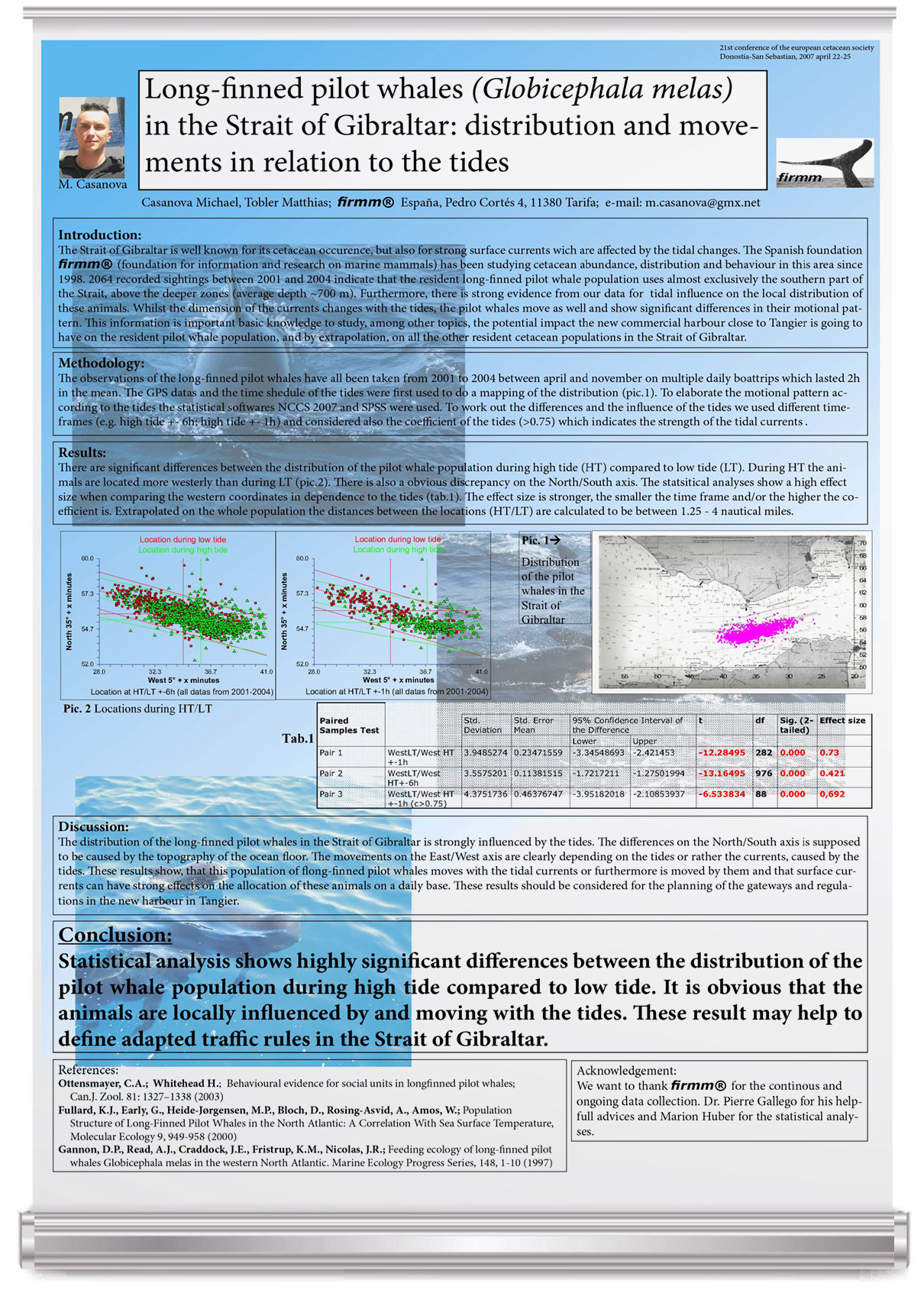 The Strait of Gibraltar is well known for its cetacean occurence, but also for strong surface currents which are affected by the tidal changes. The Spanish foundation firmm (foundation for information and research on marine mammals) has been studying cetacean abundance, distribution and behaviour in this area since 1998. 2064 recorded sightings between 2001 and 2004 indicate that the the resident longfinned pilot whales population uses almost exclusively the southern part of the Strait, above the deeper zones (Average depth ~700m). Furthermore, there is strong evidence from our data for tidal influence in the local distribution of these animals. Whilst the dimension of the currents changes with the tides, the pilot whales move as well and show significant differences in their motional pattern. This information is important basic knowledge to study, among other topics, the potential impact the new commercial habour close to Tangier is going to have on the resident pilot whale population, and by exploration, on all the other resident cetacean population in the Strait of Gibraltar.

Evolution of a unique and ambiguous relationship between Orcas, Pilot Whales and Tuna-fishermen in the Strait of Gibraltar →